Pirates top 10 prospects by Post Gazette or Geez,this is one weak farm system..... 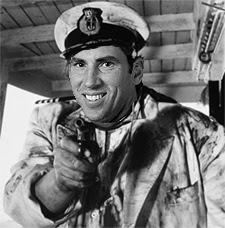 The Pittsburgh Post Gazette released their top 10 Pirate Prospect list today.Seems like everyone is doing this these days.
I might do my version tomorrow,but in short-this is one weak organization and this list shows the problems that the Pirates have in running the draft process.
I have seen 7 of the 10 players on the list and with any luck by the end of the month of April,I will have seen all 10.
The thing that stands out to me and apparently not to Dave Littlefield or anyone else in the Pirate front office is this-They love the supposed "closer to the majors" College players and yet the only two possible impact players in the system were their only two High School top picks.

I am not married to the philosophy of one type being preferable to another,but IMO the High School player usually has a higher upside than the usual college player and when you are a small market,low income team-that is the type of player you are looking for.
Pittsburgh has one chance of getting that type of player-selecting them in the draft!
The "safe" college direction has gotten them nothing but injured arms thus far.Bryan Bullington is the most notorious of these picks,but it could apply to John Van Benschoten and now Brad Lincoln as well.
To me-the College pitcher can be just as big of a risk as the supposed risk of the High School pitcher.
Yes,I do agree that the High Schooler may not be fully mature and there is also the unknown development factor.but the College pitcher has many more miles on his arm before he even comes to your organization.
College coaches are there to win,not develop players,so in doing that-they have no hesitation adding that wear and tear to arms.
I hope Brad Lincoln becomes the exception to the Bucco rule thus far.but it isnt looking that way thus far.
at March 31, 2007 No comments:

Carl Pavano is starting the Yankee opener on Monday.
I dont really care how many injuries the Yankee pitching staff has suffered,there is no way ,considering how the overpaid and underproductive Pavano has pitched as a Yankee, he should start Opening Day.
But then again-who cares about Yankee problems.!

In other news-Tom Tancredo is expected to announce his bid for the 2008 GOP nomination sometime today.
Two quick thoughts-
One-Who the hell is Tom Tancredo?,I mean I dont know any bigger political junkies than me and I never heard of this guy!
and Two-What in the world would make him think he has even a Hail Mary of a chance?

I know everyone has an ego in public life to begin with or they wouldnt be there,but some of the guys that delude themselves in Presidental bids..........
Enough to make one shake their head in wonder.
at March 30, 2007 2 comments:

Welcome all to the World of R.S. as I take my first dip into the pool of the blogosphere. Bear with my not always smooth sentence structure, but as I was told once in college English-"Content is King". I hope to blog on several things but count on a focus on sports. With baseball season starting, Pirate, Indian, Athletic, and South Atlantic league baseball should be an area that is often blogged. But depending on how I feel-political issues and others won't be ignored. Hope you will find my insights worth listening to!
Shawn
at March 29, 2007 2 comments: