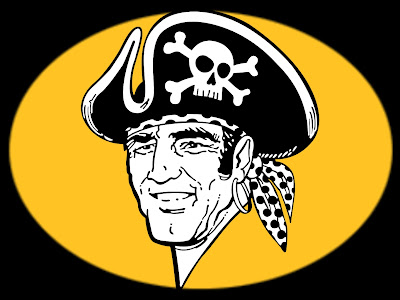 The Pittsburgh Pirates are attempting to have their annual attempt at ending the franchise's losing streak that dates back to the 1993 season.
Can they turn things around for an entire season as they did for the first half of last season?
Or are they doomed again to be a losing team until the eventual reinforcements from the minors arrive?
Let's take a look.

The Pirates spent some cash in the off season,but nothing extraordinary as the cash was freed up by allowing other players to leave via free agency.
One of the players brought in was Rod Barajas to be the everyday catcher to replace the allowed to depart Ryan Doumit and Chris Snyder behind the plate.
Barajas will likely not be an upgrade over the Doumit/Snyder pair,but should play at a similar level and might provide some extra power as well.
Michael McKenry will return as the defensive based backup.

Garrett Jones returns as the starting first baseman after the Pirates attempts to replace him were unsuccessful.Jones brings decent,but not great power and struggles against lefties to the point of being inept against them.
Casey McGehee was added from Milwaukee to spell Jones and Pedro Alvarez and rookie Matt Hague will see time behind Jones as well.
Neil Walker is back at second base after a good 2011 season,Walker is still a work in progress on the defensive end,but the bat is advanced for a second sacker.
Clint Barmes was signed as a free agent and Clint Hurdle favorite to be the starting shortstop.
I have questions about Barmes hitting at PNC Park,but his glove is solid enough.
Josh Harrison and Yamaico Navarro will be the backups for both Walker and Barmes.
Navarro was added in a trade with the Royals over the off season.
The enigmatic Pedro Alvarez will be the starter again at third,although the team plans on sitting him against lefties as he makes the struggles of Garrett Jones appear minor.
Both Casey McGehee and Josh Harrison will see time at third against southpaws.

The outfield is similar to last seasons starters with Andrew McCutchen in center and Jose Tabata in right with both signing contract extensions.
Tabata could use a power infusion and McCutchen needs to make more contact,but both are going to be mainstays of the team,so they are going to need to produce.
Alex Presley continues his amazing run from organizational soldier to major league starter and will be the starter in left.
Presley will not bring the power that is hoped for from a corner outfielder,but he adds speed and should be very strong defensively in the large left field of PNC Park.
Nate McLouth is back on board as the fourth outfielder and will spell all three starters.


The starting rotation took a hit with the injury to A.J Burnett in Florida,but Burnett could miss just a  month.
The Pirates will use newcomer Erik Bedard as the opening day starter in the absence of Burnett.
Bedard adds a lefty presence on the staff,but is very injury-prone and that is always a huge question with Bedard.
A.J Burnett and Charlie Morton are sidelined with injuries,but Morton should only miss a start or two.
Jeff Karstens comes off his career year and will be in one spot with curveballer James McDonald in another.
Kevin Correia looks to be the odd man out when Burnett and Morton return and the jury is out on what and where he will be after that...

The bullpen is anchored by closer Joel Hanrahan,who might be a valuable trade chip at the trade deadline.
Well traveled Juan Cruz and Evan Meek look to be the setup men and Tony Watson is the lone lefty in the pen.
Veterans Chris Resop and Jason Grilli return and blog favorite Jared Hughes won the final spot when Chris LeRoux was placed on the DL.

To me,the Pirates look to be pretty similar to last seasons team as most of the new additions seem to be along the same lines as the departed players.