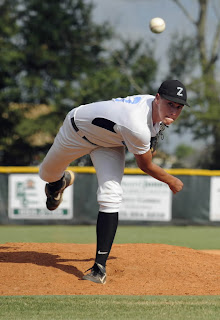 on and his staff..
I wondered if the Pirates would indeed go all in to sign some of these risky selections or would it be drafting to draft them and then pocket the saved money from overdrafting Tony Sanchez in Round one.
Well,my concerns were believable,but dead wrong.
All four of the pitchers (includes Colton Cain and Trent Stevenson) that were mentioned in the draft post were signed and signed with plenty of time remaining before the signing deadline,which means the Pirates have a few more days and a few more dollars to land another player or two before the bell clangs for the final time for the class of 2009.
Only time will tell whether the evaluation of talent was correct or not,but the Pirates did what they said what they would do and there is plenty of honor in that.

Von Rosenberg's deal was undisclosed,but expected to be in the 1.2 million range.
The 6'5 righthander wanted to be paid like a first round pick in order to renege on his LSU commitment and he was ,as he received a contract that was along the lines of the contract that the White Sox gave to 23rd overall pick Jared Mitchell.
Von Rosenberg throws in the 88-91 MPH range according to Wilbur Miller,but the Pirates project that to increase as he continues to fill out.
Wilbur adds that most teams believe in the "fill out,throw harder" projections and it doesn't turn out more often than not.

Dotson was the 4th rounder and highest pick of the four pitchers,but received 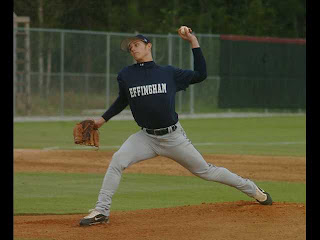 the second lowest bonus (600,000) of the group.
Dotson was bought out of a commitment to Baylor to add the lefty arm to the Pirate farm group,throws in the low 90's and was reported to have had an inconsistent high school senior season despite a plus curveball.

The Pirates still (according to the Post-Gazette) have a little over a million dollars in their budget to add some extra talent over the next few days.
The top player on my list to add is Florida outfielder Matt den Dekker.
Den Dekker would be a top notch signing and would make sense to target when you consider the Pirates spending so much money on pitchers in the draft.
Three righthanded pitchers have intrigue that are still available to be signed.
12th rounder Jeffrey Inman struggled at Stanford after dealing with shoulder issues,but could be a nice gamble if the cost is right.
17th round pick Jordan Cooper would need to be bought out of a Kentucky promises,but would add another nice arm to the class.
29th rounder Michael Heller might have the best arm of the bunch,but would need to be talked into reneging on a Florida offer and his velocity was inconsistent last year.