We return to the Forgotten Superstars universe with a look at my favorite football writer of all time-Dr.Z, Paul Zimmerman. 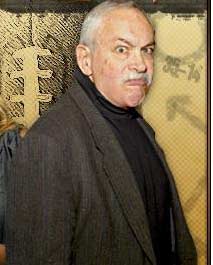 Zimmerman was the football writer for Sports Illustrated since 1979 and was the first football writer that followed things that others did not and then put them in print.
"Dr.Z" followed such things as interior line play that no one else ever (and still does not) noticed by charting each play of games that he watched.
As a result, Zimmerman had a concrete system for rating line play that ranked linemen far above the rankings of the normal media and gave a more accurate gauge for linemen.

Dr.Z also did an annual article on the quality of the announcers throughout the league that was often controversial but was known to pop the balloon of some of the supposed best in the game.
This was the column that I looked most forward to as even as a kid, I loved stuff like that.
Often times Zimmerman would rank an announcer that was relegated to the lower end game far higher than the number one team in the business and that could be funny, but even despite network protests that the column had no impact on decisions, the column often did just that.

Zimmerman also was a standout in the early years of the NFL Draft coverage on ESPN.
Zimmerman's coverage was often what coverage lacks in the current era-pointed, opinionated, yet not in a loud screaming manner that speaks more about the speaker than what they are commenting on.
Unafraid to express a strong thought, Zimmerman was able to get across that opinions can be honest without crossing the line into being an attack, which was often the issue with Mel Kiper in his early years at the network.

Zimmerman's tenure at ESPN with a prescient thought at a draft when he was asked about what the NFL player of the '90s would be like, Zimmerman offered this return-"The player of the '90s will be so sophisticated that he'll be able to pass any steroid test they come up with,".
That ended Zimmerman's time with ESPN as we know that anything that looks mildly critical of the mighty NFL tends to have the hammer fall on someone.
Looking back, the comment was certainly more right than wrong and speaking the truth often can cost a job.

Dr. Z always had his SI column thought and he continued his terrific work with the magazine and he was one of the first to have an occasional Q and A column from readers' questions.
I really liked those, as the acerbic wit of Zimmerman often came out and was often brutal on dumb queries.
Zimmerman suffered a stroke in 2008 that left him unable to walk or communicate and he is currently 80 years old, so a return to his work is unlikely, but his past columns speak for themselves.
We welcome Dr. Z, Paul Zimmerman to the Forgotten Superstars universe...
at May 11, 2013