On the signing front 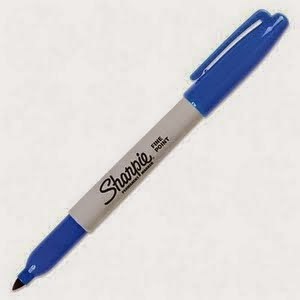 The signing front returns as I try to get cards put away from last season.
With the Devils and Cavaliers on the road,the signing front might be chipped away at over the next few weeks...

The Lakewood Blue Claws hit Hagerstown and at least I had their team set because if not,I would have had very little.
The best pickup was Carlos Tocci on his SAL top prospect card and Andrew Knapp on a Bowman..

The Altoona Curve were in Harrisburg and I was able to work on their team set.
Shortstop Alen Hanson was one per and quite a grind,but I was able to get two with help from Mike and Fred Landucci later in their homestand.
The Curve was not loaded with prospects this season,but the best of those that I was able to get with Orlando Castro (very nice) and Adrian Sampson (pitched and won on this day) and Stetson Allie (2 per and quiet).

Next in was the only visit of the season by the West Virginia Power and the Pirates low A affiliate.
The Pirates first rounder Austin Meadows had missed most of the season and collectors were loaded for Meadows.
Meadows was super accommodating,signed everything for everyone and was so good that he set up the incident of the year after the game in Hagerstown.
The Power also had another Pirates first rounder in catcher Reece McGuire,who signed everything and a baseball.
I always try to get the Pirates first rounders on baseballs (I have each one back to Andrew McCutchen),so both Meadows and McGuire were added to that collection.
Shortstop Jacoby Jones was the surprise prospect of the year,but he had just one card-a Panini insert which were limited in number.
I ,of course,had to have one and Jones signed it.
Other prospects were then-catcher (now a third baseman) Wyatt Mathisen,Luis Heredia (SAL Prospect and Heritage) and Robby Rowland,who I had several cards for.
The Power team set was not out at that point,so that didn't get finished...

The next stop was Altoona Pa for the Eastern League All-Star game and the dumbest setup for a fan fest that I've ever seen.
Each division had a determined period of time while the other division practiced.That's how it is done often and that wasn't the problem.
The problem was half the team was at the center tables on the field and the rest were scattered around the stadium,then they would switch at the halfway point.
So you could wait for people at the tables for an half hr,not get there and they would switch.
That's exactly what happened and I missed Alen Hanson etc.due to timing.
I am rarely surprised when teams have fan fest that usually aren't fan friendly.
When they work out well,it's usually because someone involved in planning stages is a true fan.
You would be amazed at just how few people that work for team aren't really fans....

I only bought the Western Division set (for Akron,Altoona and Richmond) and worked on misc. stuff for the East.
I did get Gary Sanchez on a top 100,so I was happy about that,but many guys were only one,which is disappointing at a fan fest,
The selection of players weren't as good as past games,but I did get Indians top prospect Francisco Lindor on his all-star card...

A few miscellaneous cards were finished.
Mike Landucci got me Manny Banuelos then of the Yankees (now Braves).
I got a few of Brian Johnson,a Red Sox pitching prospect in Reading.
Hall of Famer Jim Bunning signed two cards in the mail.
And I had just one player for a Kannapolis Intimidators visit as Brandon Brennan signed a Bowman and a 2013 Kannapolis card.

The Lynchburg Hillcats were an Atlanta Braves affiliate (this year they are with the Indians) when they visited Frederick.
The Hillcats team set was released and I got some cards signed from it,but the biggest additions were getting some players that I thought were "dead cards" finished.
Dead cards are cards of players that I thought I would never have signed and this series saw four players get out of the box unexpectedly with the coolest being Cody Scarpetta-2009 Midwest League prospect and Danny Carroll-2008 Tri-Star.
The more time that goes by,the less of a chance that a card will get signed,so those are always considered successes!

Kendall Morris visited family in Frisco,Texas and nabbed me some cards with the biggest get being San Diego catching prospect Austin Hedges and pitching coach Jimmy Jones on a 1990 Score.
Right now in the hobby,my most valued cards are the Top 100's along with 88 and 90 Scores-those cards are put into their binders as soon as I get them,so they (over time) might be skipped in the signing front because they aren't with the other cards.
Don't be misled-they are most important!
Kendall also filled in some Carolina league and Myrtle Beach cards of players that left the Pelicans for AA Frisco,most notably power hitting Joey Gallo and the manager for San Antonio,former Oriole second baseman (and Kendall's favorite player Rich Dauer).

A quick trip to Bowie for a bobblehead saw me fill in a few cards for the Altoona Curve as Derreck Chupak went there.
Derreck got me some Curve team sets fill-ins,most notably outfielder Willy Garcia (who was hiding with Alen Hanson during most of the E.L. All-Star Fan Fest) along with recently promoted Josh Bell on his Bradenton team set card and most importantly his top 100!

We finish with the Greenville Drive in Hagerstown and once again in the "Summer of Brandt" there was no team set available,but being a Red Sox team,there were some mainstream cards to get signed and former big leaguer Paul Abbott,who was the teams pitching coach.
Abbott had a family member with him and if the family member was there,he was very accommodating.
If she wasn't,Abbott was not as friendly!
Manuel Margot signed his SAL top prospect card and two pitching prospects signed as Ty Buttrey (very nice) and Trey Ball (Not so nice) added their signatures.

However,the biggest catch in this series came with someone that was in the stands not on the field as former White Sox and Yankee shortstop Bucky Dent was in town visiting his son Cody with the Suns.
I had carried Dent cards all season in case this happened and it finally worked out as the lovely Cherie helped me as I wound up getting Dent on cards from 1976,1976 SSPC and 1977 with the Pale Hose and a 1981 Fleer as a Yankee.
Dent was very nice in signing before the game and I enjoyed meeting him....

Well,that's the end of a long catchup!
I'll see if I have plastic sheets to put these away and move onto another signing front soon.
The pile has been reduced to one pile now (it is as high as it will go now though),so there will be more over the winter coming soon!

Email ThisBlogThis!Share to TwitterShare to FacebookShare to Pinterest
Labels: Autographs, On the Signing Front