The latest era of Cleveland Browns football began in free agency with two signings-one considered a strong possibility and the other a mild surprise.. 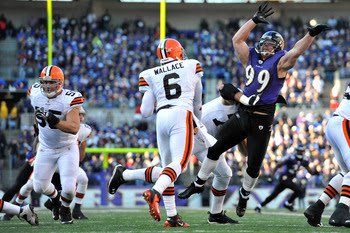 The Browns signed Baltimore outside linebacker Paul Kruger to a five year deal worth forty million dollars.
Cleveland was expected to be one of the front runners for Kruger and quickly landed the pass rusher.
As I wrote yesterday,I do have some questions about Kruger,who really has had just one big season,so this does have the potential to backfire.
However,if Kruger produces as he did for the Ravens,the contract is actually below average for a top quality pass rusher.
The former Utah Ute finished last season with nine sacks and seven and a half of them came in the second half.
Plugging Kruger in at one of the outside linebacker slots instantly upgrades the Cleveland pass rush and gives the Browns a bit more flexibility in how they spend the sixth overall pick in the draft.
Do they grab another pass rusher on the other side of Kruger? Or does that increase interest in Alabama corner Dee Milliner?
I'll have a better feel for that question as free agency progresses...

The other signing was a surprise to me as Desmond Bryant was added from the Raiders. 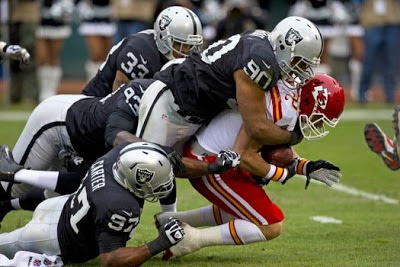 I didn't mention Bryant in yesterday's post mainly because I didn't devote a lot of time to defensive tackle as the Browns already seemed to have an abundance at the position,so I didn't get too in depth.
Bryant signed a five year deal and is a rarity in the game-a three down defensive lineman that plays the run and rushes the passer.
Bryant also might be able to play some end in the 3-4,which adds to his value.
The problem or maybe even strength for the Browns now is this-Can the team afford or have enough time for Bryant,Ahtyba Rubin,Phil Taylor,Billy Winn and John Hughes at what at most would be two spots in the lineup?
Let's toss this thought out there-New England wants a second rounder for Ryan Mallett,who the Browns seem to covet badly,perhaps the Browns could swap a lower pick and one of the excess lineman (I would think the Patriots would prefer Rubin or Taylor)  for Mallett?
New England plays a 4-3 and adding a solid lineman and a pick might counterbalance a second rounder from another team.
Just an idea.

Two nice pickups for the Browns,but there are still spots that need to be addressed,especially in the secondary,but the first day was a good start....