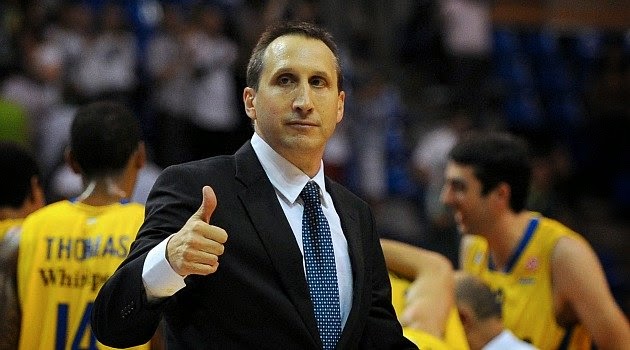 The Cleveland Cavaliers decided to go big or go home as the team announced the hiring today of David Blatt as the new coach of the Cavaliers.

Blatt has never held an NBA job of any type,but he established himself as the top coach in the European league,which essentially makes him the top coach outside of North America.
Here are the pros of this hire from our perspective.

Blatt brings a fresh perspective to the team as he has not been in North America and should bring more of a free flowing,move the ball offense to Cleveland.
Blatt played for Pete Carril at Princeton and should be quite adept at running that offense in the league.
The Princeton offense is run by a few NBA teams,but not enough to say that it is commonly run.

Blatt also is known as an "innovator",for whatever that's worth and I liked the fact that he once coached former first rounder Sergei Karasev,who seemed overwhelmed last season under Mike Brown and could eventually be a nice player under the right coach.

The cons on Blatt?
He's 55,which is not exactly young for a first time head coach.

Has never even worked in the league and other than Golden State,who looked into Blatt as an assistant,no other team was interested in hiring Blatt.

So it's David Blatt for good or bad and here's my take.
I'm a bit shaky on the hire.
I like that the team didn't hire another retread without a titled resume' like an Alvin Gentry and Lionel Hollins,but at the same time David Blatt doesn't exactly thrill me either.
If Blatt turns out,the Cavaliers look brilliant for thinking "outside the box",but if he doesn't,once again,Cleveland looks like an dysfunctional organization that has changed nothing since former general manager Chris Grant's need to be the smartest person in the room left Lake Erie.

Now we move onto Thursday and the draft where the Cavaliers have many options.
I plan on a post before then that covers those options and what I would do as the decision maker in Cleveland.....