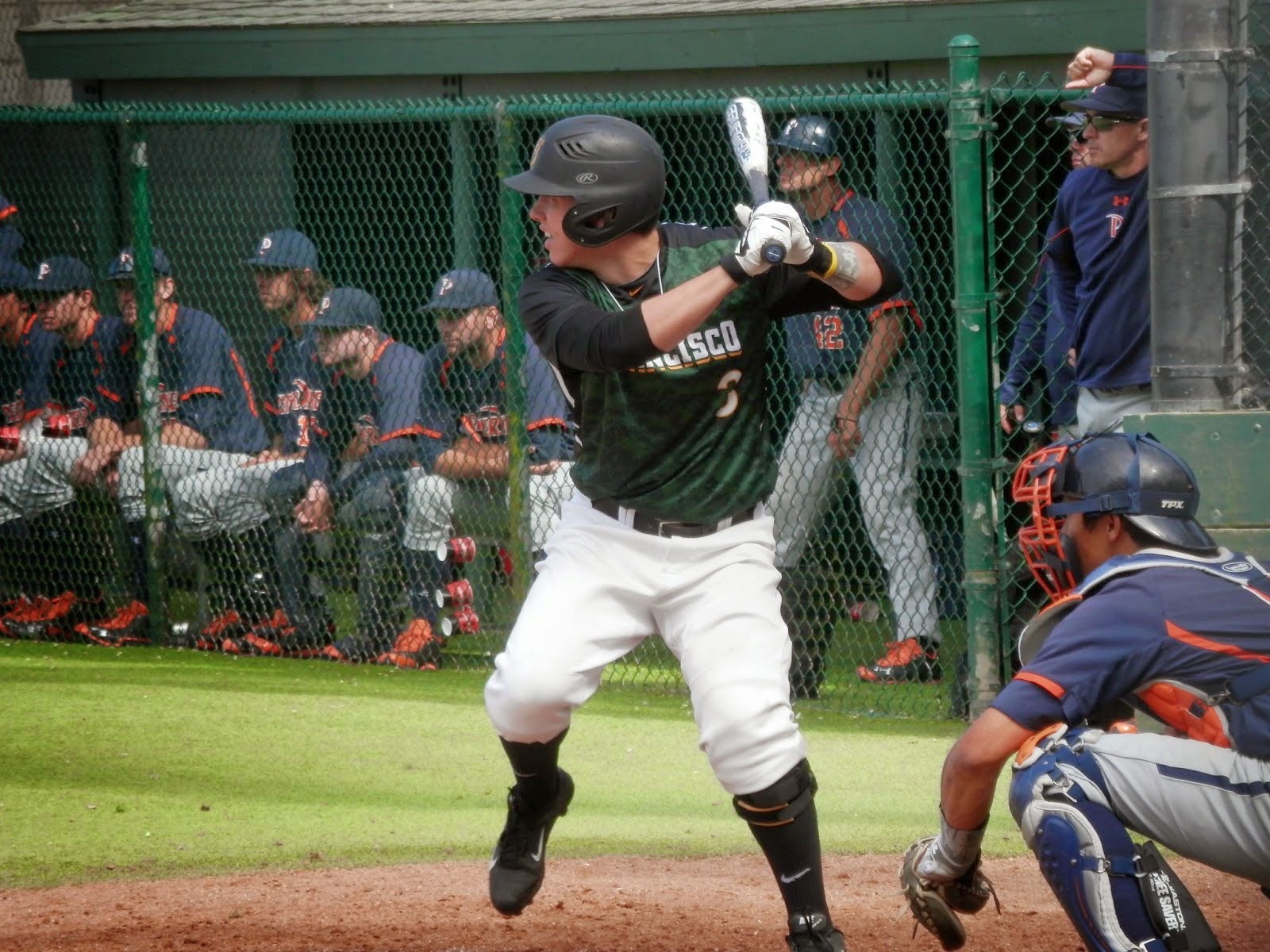 The Cleveland Indians continued their investment in bats as for the third draft in a row,the Tribe selected an outfielder in the first round of the MLB draft.
Bradley Zimmer joins Tyler Naquin and Clint Frazier as the most recent first rounders taken by Cleveland.
The 6'5 lefty swinger played his college baseball at the University of San Francisco like his brother Kyle,who was a first rounder by Kansas City in the 2012 draft.
Zimmer is projected as a centerfielder by the Indians and looks to have four tools,but average power at best.
Sounds a lot like Tyler Naquin did to me and Naquin has been good,but not great as he works his way through the Indians system.
Zimmer is larger though and might develop more power as he fills out.
As I said earlier,I didn't read as much on the draft this season,so my thoughts are more reading the reports of others and then reading between the lines by looking at the numbers.
Good speed,defensively appears that he could handle center and should hit for a high average.
The biggest question appears to be can he hit for average power,if he can,Zimmer should be project as an above average centerfielder.
If he cannot,he might be more of a 4th outfielder and you do expect more than that from a first rounder...

The Indians also had the 31st pick in the first round with their compensation pick for losing Ubaldo Jimenez and grabbed Tennessee high school pitcher Justus Sheffield.
The lefty tosser is 6'2 and is reported to have a four pitch mix and is reasonably polished for a high schooler,but has a commitment to Vanderbilt.
Vanderbilt is suddenly becoming a home for pitching prospects and it is unknown how strong Sheffield's commitment is what it will take for the Indians to get him to agree on a contract..
One thing to remember is that Sheffield's brother plays for Vanderbilt,so that might take even more dollars to buy him away....

Back later with a look at the Pirates first rounder and their pick that they obtained from Florida for Bryan Morris.....