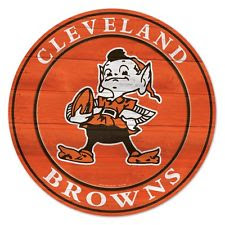 Time for the look back at the Browns draft and finally wrap things up for the 2017 draft.
I hope to have Scott Dryden on the podcast soon for his thoughts on the draft.

Some of these thoughts may come as redundant after my in-draft posts,but others will be new as picks have time to sink in a bit.

Many people disagreed with me before the draft about my take on the quarterback position (more on that below),which was not forcing an early round quarterback because you needed one because it "was so important".
It is very important and clearly the most important on any football team,but the Browns had so many needs that I felt that the team needed players that could make an larger and faster impact than a quarterback that was questionable,just to say that you tried.
That's why I loved the Browns sticking with Myles Garrett as the best player in the draft.
Garrett gives the Browns an elite pass rusher that they have lacked for years and his speed and talent should bring even more production out of Emmanuel Ogbah.
Kudos to the Browns for picking the best player and not reaching for a quarterback,especially when (at least looking at it from a year out) there are three legitimate players that could be top level quarterbacks (Josh Allen of Wyoming,Sam D'Arnold of USC and Josh Rosen of UCLA) available for a team that even with a good draft will be unlikely to be drafting outside the top 10,and maybe not even the top 5.

I was less than thrilled with the Browns trade down with Houston from 12 to 25.
Mainly because the Browns had a chance to choose a huge playmaker at safety in Malik Hooker of Ohio State and passed to get a first rounder in 2018.
Now,to be very fair,that pick may help the Browns maneuver to move up,if needed,to get the quarterback of their choice next season,so it could prove helpful,but this so smacks of the old Browns-trading for a following years number one,passing on an impact player and watching that pick rest in the lower third of the first round.

I was even less thrilled with the pick of Jabril Peppers at 25.
Peppers is touted as a playmaker that didn't make many big plays on defense (unlike Hooker) and as a player that you can do many things with the ball in his hands,except on defense,he doesn't see the ball that much.
Peppers strikes me as too small to play linebacker,lacking instincts at safety,but that doesn't mean he won't have his uses as a returner and gimmick offensive plays.
In other words,a Devin Hester type-except those types usually aren't first rounders.

I do like the talent of the third first rounder-tight end David Njoku of Miami.
Big,agile and talented,Njoku is still learning this game,but has the physical talent to be a difference maker at tight end.
Njoku's blocking needs work,but he's not being picked to block,he's being brought in to be seam breaker and receiver..

The Browns did attempt to address the quarterback position in round two with Notre Dame's Deshone Kizer.
Kizer was thought to be a possible high pick entering the draft,but slipped some.
Kizer has some questions (accuracy,field vision and decision making),but has a strong arm and by picking him here,the Browns won't feel "all in" on him and should the team have the chance to pick one of those three passers next season,it won't be a setback to do so..

The defensive line was addressed in rounds three and six as the Browns took two players roughly rated the same,but off the field reasons made the difference.
Third rounder Larry Ogunjobi of Charlotte needs to get stronger,but should plug into the rotation as an all around defensive tackle,while sixth rounder Florida's Caleb Brantley needs to get legal issues solved or he'll never make camp as a Brown.
If Brantley actually plays,he brings a pass rushing element to the defensive tackle rotation that the Browns currently lack.
Ogunjobi was one of a bunch of players that I would have been fine with in the third round on the line,although I did like Chris Wormley of michigan a little better,while Brantley is a second round talent when motivated and without his off the field issues.
I was fine with gambling on Brantley in the sixth,with the caveat that the Browns release him if his legal case proves wrong doing.
The Browns claim to want to build things the "right way",here is a chance to show the other teams in the division that talent doesn't always come first.

I really liked the tradeup into round four for cornerback Howard Wilson of Houston.
I also liked Desmond King of Iowa,but I saw a lot of Houston games last season and I think Wilson should see plenty of action as a third or fourth corner.
I like the ball skills that Wilson brings to the table and I can see Wilson having the potential to eventually start..

Offensive tackle Roderick Johnson is athletically talented,but needs lots of strength work and technique work as well.
Johnson's size and athleticism made him a worthwhile project in the fifth round and he does have big time experience from his time at Florida State...

I also liked both seventh round picks.
Arizona State kicker Zane Gonzalez holds NCAA records and won the Lou Groza award last season.
Gonzalez has a big leg and will make a move to unseat Cody Parkey as the Browns kicker.
No matter how good your kicker is,I'm of the mindset that your kicker needs to be challenged in camp every year,even if you don't spend a draft pick on a challenger.

I remember seeing Matthew Dayes,the N.C.State running back against Clemson this year and being impressed.
He's a little small at 5'8,but catches the ball very well and I can see him possibly sticking as a third round back.

I give the Browns a high grade for this draft.
I'm always hesitant for grading because you just don't know,but just for fun,let's go A-,missing an A only because the questions that I have with Jabril Peppers and the dislike for trading down from 12.
Pretty good work for the most part-I have to say I'm mildly surprised and reasonably pleased..