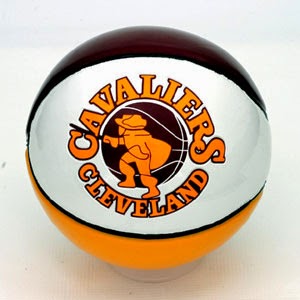 Tomorrow night,round three of the Cleveland Cavaliers-Golden State Warriors begins and once again,most observers like the Warriors to win the series.

I'm not saying that I would make Cleveland the favorite over the Warriors,but I think that the odds are clearly far too lopsided at two and a half to one.
I like Cleveland for two reasons.
One- For all of the hype about the greatness of the Warriors players,Cleveland has the best player.
When all is equal or even close to equal-The team with the best player usually wins.

Cleveland will need to play with the type of passion that they have played with in the playoffs and not fall back into the lackadaisical play that often marked their regular season play.
Kevin Love is going to be a huge factor with his improved play and his three point shooting might well be the difference.

I'll go with my heart and say Cleveland in seven,but Golden State winning would not stun me,unless GS slashed to a four or five game victory,which would surprise me.
I'm looking forward to this one.