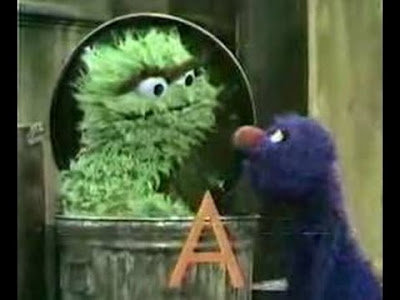 Time for a few grouchy observations,although they might not all be grouchy,I'd bet most will be!

Let's start with today's House of Representatives new health care bill that would make changes to the ACA.
I've never been a fan of the ACA,not because it was federal health care (we do have a thing called Medicare after all),but because it didn't go far enough (I prefer some sort of single payer system that either pays for or mostly pays for services) and I hated the individual mandate that forced you to buy health insurance.
However,other than those two caveats,I'm not thrilled with yesterday's revamp-not because it wasn't needed (it had lots of things that needed tweaked),but because it seemed to fix very few (the mandate was eliminated along with the fine that was levied for not having insurance) of the things wrong with the ACA and the ridiculous high five session on the White House lawn for a bill only halfway passed looked very much like a bunch of guys patting themselves on the back for leading a game at halftime.
All of that said,the Democrats were far from heroic looking with their singing the 1969 Steam hit "Na Na Na Hey,Goodbye" to the Republicans in the Congressional chamber.
Considering the situation for so many losing (or reducing) their health care,that struck me as very immature and not thinking of the big picture at that moment.
No one walked away from that situation looking clean and to me everyone lost...

ESPN "laid off" several of their on-air and writing employees and it seems like they are shrinking coverage (on air) of baseball especially,but a little on college sports and football,while increasing their programming on the NBA.
I'm not sure how that plan is going to work out,but there are a few of the employees that got the axe that I'll miss especially.
Jayson Stark has always been one of my favorite baseball writers,Dana O'Neill and Andy Katz did a great job covering college basketball,I liked Jaymee Sire when she was doing Giants pregame before ESPN,maybe she'll be able to return there,Dr.Jerry Punch,Ed Werder and Len Elmore seemed like they had been with ESPN since they installed the first satellite in their respective roles.Dottie Pepper was a great golf analyst and I'll miss Danny Kanell too as the major anti-SEC voice on the network.
My issue is losing Sire (and Sara Walsh some as well) and yet keeping Jonathan Coachman and Neil Everett (personal preference not a fan of either of those two) around.
There were a few names cut that I won't miss-particularly Ohio State troll Mark May,PBC host MarySol Castro,Britt McHenry (she of the "Don't you know who I am" rant in a garage a year or two ago and failed multiple time MLB general manager Jim Bowden,but for the most part I wonder about paying people not to produce content when you could pay them to actually work...

One final observation on Star Wars/Kent State on May 4th.
I find it hard to believe that far more people spent time on social media talking about Star Wars than an anniversary of an incident such as Kent State in 1970.
This is especially questionable considering the times that we live in,the President that we have and the amount of protests that are occurring all around the country about so many various issues.
I'm certainly not making a claim against fun,look at the vast majority of things that we write about here,but I did find a little of the Star Wars hype tiresome and I would think that some time could have been spent looking back at a pivotal event that showed just how important the right to protest is and how easily one can lose that right..

Back later tonight with the boxing challenge and if I have time perhaps the promised new entry for the Forgotten Superstars series...